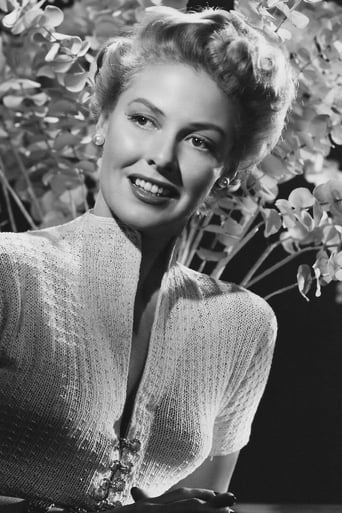 From Wikipedia, the free encyclopedia. Janis Carter (October 10, 1913 — July 30, 1994) was a film and television actress working in the 1940s and 1950s. After attending Mather College in Cleveland, Ohio, Carter headed to New York in an attempt to start an opera career. Although unsuccessful in opera, she was working on Broadway where she was spotted on stage by Darryl F. Zanuck who signed her to a movie deal. Carter, after moving to Hollywood, appeared in over 30 films beginning in 1941 for 20th Century Fox, MGM, Columbia, and RKO. She appeared in the films Night Editor (1946) and Framed (1947) with Glenn Ford and the Flying Leathernecks (1951) with John Wayne. After leaving Los Angeles, Carter returned to New York and found work in television in comedies, dramas, and as hostess for the quiz show Feather Your Nest, opposite Bud Collyer. Description above from the Wikipedia article Janis Carter, licensed under CC-BY-SA, full list of contributors on Wikipedia.