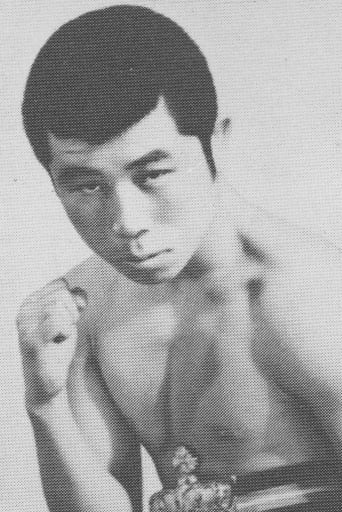 Tako Hachiro was born in Sendai, Miyagi Prefecture, Japan. He came close to losing the vision in his left eye in a childhood accident. He went on to become the professional flyweight boxing champion of Japan in 1962. After retiring from the ring, he became a popular comedian and eventually appeared in films such as Toei's 1974 School of the Holy Beast. He also appeared in television commercials and dramas. He once managed a bar in Shinjuku's Golden Gai section and was a member of Oniroku Dan's group of artists and performers known as Oni Pro. Hachiro drowned at a beach in Kanagawa Prefecture after suffering a heart attack.