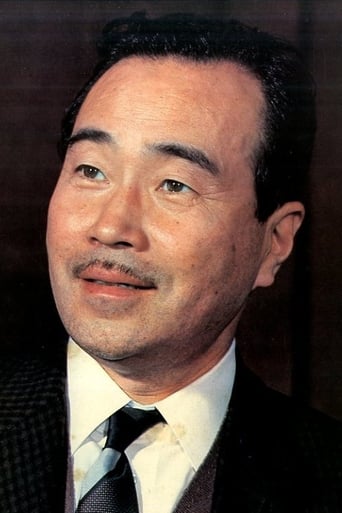 Hisaya Morishige (森繁久彌, Morishige Hisaya, May 4, 1913 – November 10, 2009) was a Japanese actor and comedian. Born in Hirakata, Osaka, he graduated from Kitano Middle School (now Kitano High School), and attended Waseda University. He began his career as a stage actor, then became an announcer for NHK, working in Manchukuo. He became famous in films first for comedy roles, appearing in series such as the "Company President" (Shacho) and "Station Front" (Ekimae) series, produced by Toho. He appeared in nearly 250 films, both contemporary and jidaigeki. He was also famous on stage playing Tevye in the Japanese version of Fiddler on the Roof. He also appeared in television series and specials, and was the first guest on the television talk show Tetsuko's Room in 1975. He was long-time head of the Japan Actors Union. Among many honors, Morishige received the Order of Culture from the Emperor of Japan in 1991.