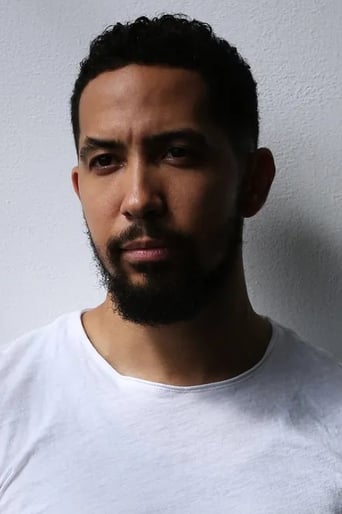 Cornelius C. "Neil" Brown, Jr. (born June 19, 1980) is an American actor. His most recognizable role may be in the television series The Walking Dead as Guillermo, leader of the Vatos and as Felix on the short-lived South Beach on the former UPN. He also played DJ Yella in the 2015 biopic, Straight Outta Compton. Brown was born in Orlando, Florida, to Cornelius Brown, a US Marine, and Carrie Brown, an insurance underwriter. He appears alongside Denzel Washington in Out of Time (2003) and Colin Farrell in Tigerland (2000). He plays the smart-mouthed Marine, Lcpl. Richard "Motown" Guerrero, in the action film Battle: Los Angeles. The movie reunited him with Fast & Furious castmate Michelle Rodriguez.  He has since performed guest appearances in the TV shows Harry's Law, Castle, the season 8 premiere of Weeds, the first-season finale of USA's Suits, and the new independent sketch comedy King Bachelor's Pad. Description above from the Wikipedia article Neil Brown Jr., licensed under CC-BY-SA, full list of contributors on Wikipedia.