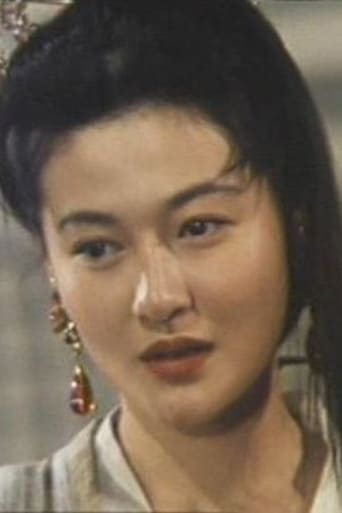 Born in Shanghai, China, as Chen Baolian, Pauline Chan emigrated to Hong Kong at age 12 with her mother when her parents divorced. A beautiful young girl, it didn't take long for photographers and agents to notice her and she began modeling at 15. In 1990 she entered the Miss Asia beauty pageant. She didn't win, but her striking looks, lithe body and classy bearing attracted the attention of several producers in Hong Kong's adult film industry. At age 18 she made her adult-film debut and her enthusiastic performances shot her to the top of the Chinese porn field. In 1997 she hooked up with a much older man, a Taiwanese millionaire, and they had a short (two-year) but stormy relationship. After their break-up in 1999, Chan's personal and professional lives began to unravel. She had had a drug problem for several years and it got worse--during one television interview in which she was apparently high on drugs she actually tried to commit suicide. A series of brushes with the law ensued, resulting in her being deported from several countries, and she was briefly sent to prison in the UK for assault. These and other incidents pretty much pulled the plug on her film career. She moved back to her hometown of Shanghai and in July of 2002 gave birth to a baby boy. Motherhood didn't solve her problems, however, and on July 31, 2002, she leaped out of the window of her 24th-floor apartment and plunged to her death.