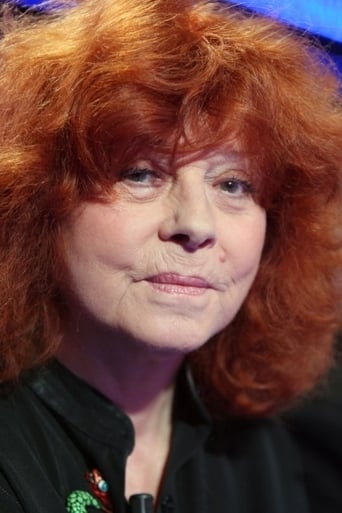 Régine Deforges (15 August 1935 – 3 April 2014) was a French author, editor, director, and playwright. Her book was the most popular book in France in 2000 and it was known by some to be offensive and to others for its plagiarism, neither of which was proved. Deforges was born in Montmorillon, Vienne, Deforges is sometimes called the High Priestess of French erotic literature. Deforges was the first woman to own and operate a publishing house in France. Over the years, she has been censored, prosecuted, and heavily fined for publishing "offensive" literature, beginning with Louis Aragon: Irene's Cunt. One of her novels, La Bicyclette bleue (The Blue Bicycle), published in 1981, was France's biggest bestseller. In 2000, it was made into a television series. A story of love, obsession, and survival set during the turmoil of World War II, it developed into a successful series of seven books. La Bicyclette bleue (The Blue Bicycle) would go on to cause a major international intellectual property court case. In the initial ruling, Deforges was found guilty of plagiarizing Margaret Mitchell's famous novel Gone with the Wind. Deforges freely admitted that the first 70 pages were inspired by Mitchell's novel but the whole book was 1200 pages long. She won her case on appeal, and the ruling ordering her to pay damages was reversed. She was formerly president of the Société des Gens de Lettres de France and a member of the Prix Femina jury. She lived in Paris. Deforges transformed her home town into a "City of Writing". It has had museums and bookshops with that theme since 2000. The idea that Montmorillon should be a Book town came from Deforges who was then a local councillor. The town had a history of paper-making and her idea received both local and international support. The old medieval quarter of the town attracted six million euros of funding and now brands itself as a book town. Source: Article "Régine Deforges" from Wikipedia in english, licensed under CC-BY-SA 3.0.