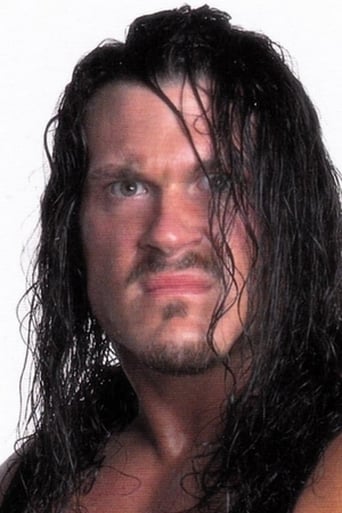 Terrance "Terry" Gerin is an American professional wrestler and actor, better known by the ring name Rhino (also spelled Rhyno in WWE). He is best known for his career in Extreme Championship Wrestling, World Wrestling Council in Puerto Rico, World Wrestling Federation/Entertainment and Total Nonstop Action Wrestling (TNA). He is currently employed by Ring of Honor. Gerin is a two-time World Champion, having held the ECW World Heavyweight Championship (last champ in original ECW), and the NWA World Heavyweight Championship once each. He is also a three-time WWF Hardcore Champion, a two-time (and final) ECW World Television Champion and a one-time United States Champion, which he won in the WWF during the Invasion storyline. He also has held several independent championships in his career as well. On the July 26 episode of SmackDown Live, Rhyno returned to attack "free agent" Heath Slater with a Gore.[109]On the August 9 episode of SmackDown Live, the two wrestled each other with the stipulation that if Slater won, he would be signed to the SmackDown roster; however, Rhyno defeated Slater. On the August 23 episode of SmackDown, Slater was offered a spot in the tournament for the newly instated SmackDown Tag Team Championship if he found a partner. After struggling to find a partner, Rhyno approached Slater and agreed to be his partner for the tournament. Rhyno and Slater defeated The Headbangers in the first round and The Hype Bros in the semi-finals to advance to the finals at Backlash,where they defeated The Usos to become the inaugural champions, while also granting Slater a contract.On the September 13 episode of SmackDown Live, Rhyno and Slater defeated The Ascension to successfully retain the titles in their first defense following Slater's official live contract signing. At No Mercy, Rhyno and Slater retained the titles against The Usos. At Survivor Series, Rhyno and Slater were the team captains for Team SmackDown in the 10–on–10 Survivor Series Tag Team Elimination match, where they were defeated by Team Raw. At TLC on December 4, Rhyno and Slater's tag team championship reign came to an end at 84 days after they were defeated by The Wyatt Family (Bray Wyatt and Randy Orton) Two days later on SmackDown Live, Rhyno and Slater received their rematch, but failed to regain the titles. At Elimination Chamber on February 12, 2017, the duo were the first entrants into the tag team turmoil match for the titles, eliminating Breezango and The Vaudevillains before being eliminated by The Usos. At WrestleMania 33, Rhyno competed in the André the Giant Memorial Battle Royal, which was won by Mojo Rawley. Gerin is close friends with Adam Copeland and Jay Reso, best known by their ring names Edge and Christian. Following the SmackDown taping on September 16, 2011, Gerin made a one-night return to WWE as a part of an "Appreciation Night" to celebrate Edge's career. He also made an appearance at Edge's induction ceremony into the WWE Hall of Fame Class of 2012