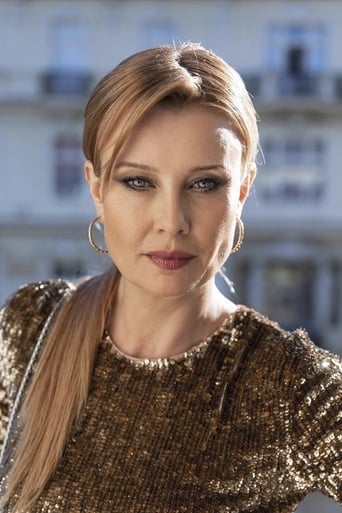 Jitka Schneiderová [jitka šnajderová] (* March 23, 1973 Znojmo) is a Czech actress. Originally, she did not want to be a teacher, but she graduated from a secondary pedagogical school. Thanks to her musical and movement talent, she decided to join JAMU. Already during her studies, she was a guest at the Brno City Theater and appeared in original Czech musicals in Brno and Prague. She received an offer to the Mrštík Brothers Theater and began studying at DAMU, where she was taught, for example, by Jan Kačer. She changed several theaters in Prague, and gained a permanent engagement only in 1996 at Studio Ypsilon. After seven years, she decided to leave her permanent engagement and went free. Thanks to that, for example, she appeared at the Prague Summer Shakespeare Festival, where she performed in King Lear. It also began to appear on television. She shot the sitcom Nováci for TV Nova, and several fairy tales for Czech Television, such as Crossed Swords. She also appeared in the series Arrowsmith. Her popularity was brought by the main role of Hanka in David Ondříček's film The Loners. The Queen of the Lakes also played a major role in Václav Vorlíček's fairy tale. In 2006, she played teacher Alice in the comedy How to Tame Crocodiles. She also appeared in the series Airport, Black Ambulance, Přešlapy, Pojišťovna štěstí V. Her ex-husband is the actor David Švehlík, to whom she gave birth to a daughter Sofia Anna in 2006. In 2015, she participated in the StarDance dance competition, in which she placed second. She danced with Mark Dědík. She was defeated by Marie Doležalová, who danced with Marek Zelinka.