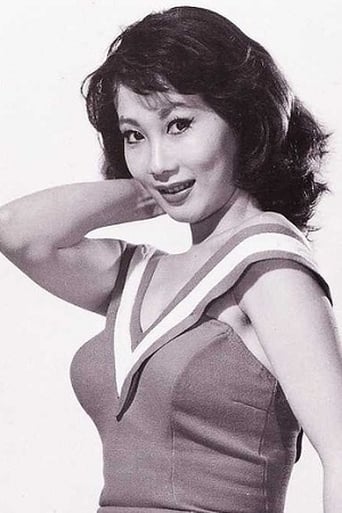 From Wikipedia, the free encyclopedia. Keiko Awaji (1933) is a Japanese film actress. Notable highlights of her career were an appearance in Akira Kurosawa's Stray Dog, and a role as Kimiko in The Bridges at Toko-Ri, where she appeared alongside William Holden and Mickey Rooney. Her first husband was Filipino musician and actor Rodrigo "Bimbo" Danao; they had two children together. Their eldest is actor Etsuo Shima. Her second husband was Japanese actor Yorozuya Kinnosuke, but they divorced in 1987. Their eldest son Akihiro died in a car crash in 1990. In 2004, their youngest son Kichinosuke Yorozuya (Satoshi Ida) was arrested for breaking into her home and served six months in prison. On June 16, 2010, Kichinosuke committed suicide by jumping off his apartment in Shinjuku. The actress is apparently a big fan of the Dragon Quest games, even going so far as to say it is her dream to play one last game before she dies. She died of esophageal cancer in Tokyo on 11 January 2014, aged 80 Description above from the Wikipedia article Keiko Awaji, licensed under CC-BY-SA, full list of contributors on Wikipedia.