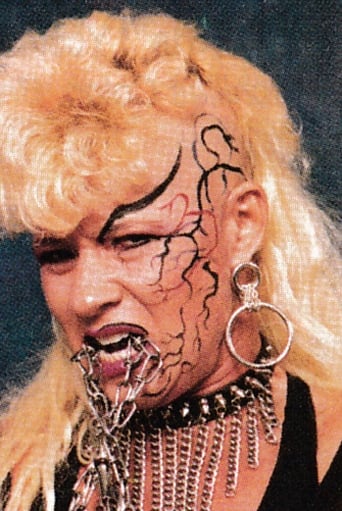 American-Canadian professional wrestler, better known as Luna Vachon. Over the course of her 22-year career, she wrestled for promotions such as the World Wrestling Federation (now WWE), Extreme Championship Wrestling, the American Wrestling Association, and World Championship Wrestling. She was inducted into the WWE Hall of Fame class of 2019. Luna was honored in April 2009 at the 44th annual Cauliflower Alley Club reunion, given the "Ladies Wrestling Award" in Las Vegas, Nevada. One of her fondest memories about the wrestling business was being able to visit children as part of the Make-A-Wish Foundation. After her retirement, Luna took an interest in fellow Canadian wrestlers and especially monitored the career of Nattie Neidhart, the daughter of fellow wrestler and friend Jim Neidhart. Around Christmas 2009, Vachon's house was destroyed by a fire in which she lost her wrestling-related memorabilia and other possessions. After the fire, she stayed at her mother's home and joined her father and his third wife Dee on a cruise in February 2010. The fire prompted a call from fellow wrestler and friend Mick Foley (and others) to fans to send Luna-related memorabilia to Vachon's post office box. Foley also suggested that TNA bring her in to manage Tommy Dreamer at the Hardcore Justice pay-per-view in August 2010, but Vachon turned down the offer, stating that she had retired. On the morning of August 27, 2010, she was found dead by her mother at her home in Pasco County, Florida. She was 48 years old. According to the District Six Medical Examiner's Office in Florida, she died from an "overdose of oxycodone and benzodiazepine". Investigators previously found crushed pill residue and snorting straws at multiple locations inside Vachon's house. Vachon became addicted to medication at some point and underwent rehabilitation, paid for by WWE, which she completed in June 2009. She was cremated after her death and her ashes were scattered at the ranch formerly owned by her close friend André the Giant in Ellerbe, North Carolina