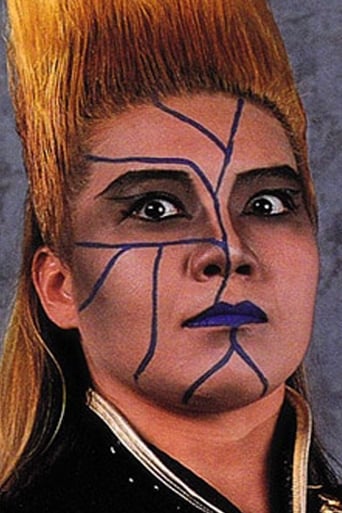 better known as Bull Nakano, is a Japanese professional golfer and former professional wrestler. She began competing in All Japan Women's Pro-Wrestling (AJW) as a teenager under the ring name Bull Nakano. As a wrestler she was a villain, who often teamed with her mentor Dump Matsumoto. In Japan, she held several of AJW's singles and tag team championships. After being phased out by the company in the early 1990s, she traveled to North America, where she first competed in Mexico's Consejo Mundial de Lucha Libre (CMLL), becoming its first World Women's Champion. In 1994, she made her way to the World Wrestling Federation (WWF), where she had feuded with Alundra Blayze over the WWF Women's Championship. After holding the title once, she also competed in World Championship Wrestling (WCW). In 1998, Nakano began competing as a professional golfer, and in 2006, she joined a tour with the Ladies Professional Golf Association (LPGA). She is an overall one time champion in WWE. After she stopped working for AJW, Nakano traveled to Mexico in June 1992, where she was a finalist in a 12-woman battle royal and later defeated Lola González to become Consejo Mundial de Lucha Libre's first World Women's Champion. She lost the title to Xóchitl Hamada in March 1993. She then made her way to the United States and competed for the World Wrestling Federation (WWF) once again. Debuting as an associate of Luna Vachon, Nakano competed against the WWF Women's Champion, Alundra Blayze in August 1994 at SummerSlam, but failed to win the title. Nakano eventually defeated Blayze for the title on November 20, 1994 in Tokyo at the Big Egg Wrestling Universe event. Nakano held the title for approximately five months, until losing it back to Blayze on the April 3, 1995 episode of Raw. The WWF had planned on bringing in Bertha Faye to feud with Nakano while Blayze got plastic surgery on her nose and breasts, but Nakano was found in possession of cocaine and quickly fired from the company. Retirement Due to injuries, Bull Nakano retired from professional wrestling in 1997. On January 8, 2012, Nakano produced her own professional wrestling event, titled "Empress", which saw her recreate her most famous matches with her old opponents. The event ended with Nakano's official retirement ceremony, though she had not been an active wrestler for several years. RISE Wrestling (2017) It was announced at RISE Wrestling's Bellatrix 26/RISE 4 event on September 15, 2017, that Bull Nakano would join the promotion as a facilitator, along with Cheerleader Melissa and Madusa, Nakano's former rival. Nakano turned heel during her appearance at RISE 6 on December 1, when she attacked Melissa during her match against Kikyo, and formed a modified version of her heel faction, Gokumon-To; aligning with Kikyo, Dynamite DiDi, and Kris Wolf. Nakano appeared later in the event as a heel manager for Kris Wolf in her match against Shotzi Blackheart (who had Madusa in her corner), and provided interference that led to Wolf defeating Blackheart.