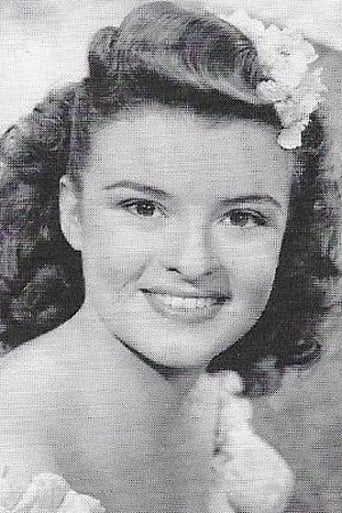 Mary Lee was born on October 24, 1924 in Centralia, Illinois, USA as Mary Lee Wooters. She was an actress, known for Ridin' on a Rainbow (1941), Nancy Drew... Reporter(1939) and Three Little Sisters (1944). She was married to Harry J. Banan. She died on June 6, 1996 in Sacramento, California, USA. Interred at Sierra Hills Memorial Park in Sacramento, California. Appeared in a few short features for Republic in 1941, including one entitled Meet the Stars #5: Hollywood Meets the Navy (1941). Frequent sagebrush co-star for Gene Autry in the 40s. A CD of her rare soundtrack performances was issued by Varese Sarabande and is available from the Gene Autry Museum. Mary Lee had two sisters, Vera and Norma Jean, who were also performers. Ted Weems saw them perform together and hired Mary Lee to sing with the Ted Weems Orchestra for two years in the late '30s. Later, Vera worked as a secretary in Gene Autry's office, and Norma Jean also became an actress in Westerns. Republic Studios promoted Mary as "America's Little Sweetheart". The middle of three daughters born to an Illinois barber. The three girls did a singing sister act for local events. Mary quickly went solo as a teenager and was later signed up for Ted Weems Orchestra. Appeared in nine Gene Autry westerns as a teenager in which she sang and provided mild comedy relief. The singing cowboy heard her on a Ted Weems radio broadcast and influenced Republic to sign her up. She later appeared on Autry's radio show "Melody Ranch" and when Autry went off to war duty, appeared in a couple of Roy Rogers westerns. One sister, Vera, later worked as a secretary for Autry's Flying "A" Productions. The other, Norma Jean, also acted in westerns. Had two children, Harry Philip and Laura L., with husband Harry J. Banan. She retired from films not long after they married. In later years she worked at Bank of America.