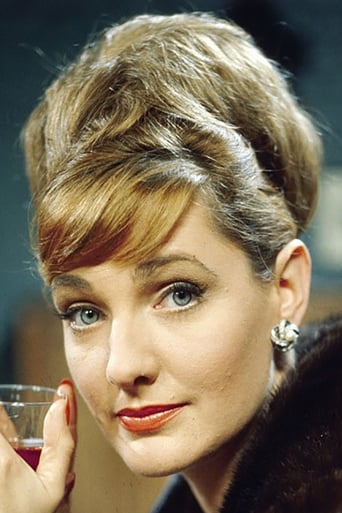 ​From Wikipedia, the free encyclopedia Barbara Ann Murray (born 27 September 1929) is an English actress. She was married to the actor John Justin and had three daughters, but they divorced in 1964. Murray had a very busy career in the 1940s and '50s as a fresh-faced leading lady in many British films such as Passport to Pimlico (1949) and Meet Mr. Lucifer (1953). Film work continued into the 1960s (including a role in the Tony Hancock film The Punch and Judy Man) but she was to appear more frequently on television, and is possibly best known for her role as Lady Pamela Wilder in the 1960s drama series The Plane Makers (later renamed The Power Game). Her other TV credits include: The Escape of R.D.7, Danger Man, The Saint, Department S, Strange Report, The Pallisers, The Mackinnons, Doctor Who (in the serial Black Orchid), Albert and Victoria and The Bretts. Description above from the Wikipedia article Barbara Murray, licensed under CC-BY-SA, full list of contributors on Wikipedia.