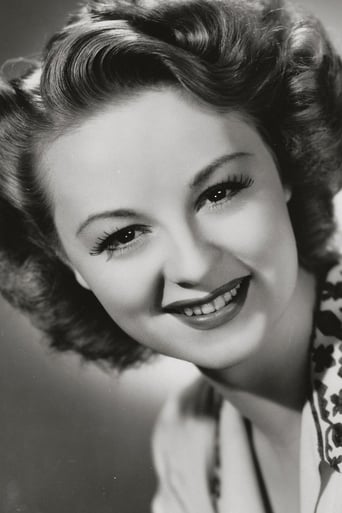 From Wikipedia Born Elizabeth Marshall Holt in Hollywood, California to actor Jack Holt and his wife, Margaret Woods. She and her brother Tim would both have careers in acting. She made her film debut using the stage name "Jacqueline Holt" in a 1941 western starring Hopalong Cassidy and went on to make forty-seven films during the 1940s. All but eight of her roles were in western films in which she appeared opposite cowboy stars such as Lash LaRue, Tex Ritter and Johnny Mack Brown. Holt made her final film in 1949 then in 1950 co-hosted a television show called Panhandle Pete and Jennifer which ran for one season. During the remainder of the 1950s she made occasional guest appearances on television western series such as The Gabby Hayes Show and Tales of Wells Fargo starring Dale Robertson. Although the popularity of western films had faded by the mid-1950s, during the 1970s western film festivals became popular with fans of the genre and she occasionally participated as a guest. Jennifer Holt was married several times, living for a while in Mexico and was in Dorset in England at the time of her death in 1997. Jennifer made a batch of westerns in the 1940s, primarily at Universal and PRC as the heroine to Johnny Mack Brown, Tex Ritter, Rod Cameron, Buster Crabbe, Eddie Dean and Lash LaRue. Her first western was the Hopalong Cassidy STICK TO YOUR GUNS (Paramount, 1941). She also played the female lead in a couple of cliffhangers, ADVENTURES OF THE FLYING CADETS (Universal, 1943) and HOP HARRIGAN (Columbia, 1946). THE HAWK OF POWDER RIVER (Eagle-Lion/PRC, 1948) was Holt's favorite western role, as she portrayed the masked leader of a band of outlaws. She and most of her gang are gunned down by singing cowboy Eddie Dean in the film-ending shootout. Holt had several marriages, lived in the United States and Mexico, and resided in England at the time or her death in 1997. One of her marriages was to movie actor William Bakewell (1908-1993) whom she starred with in the HOP HARRIGAN chapter play. Bakewell may be best remembered as "Major Tobias Norton" in the 1950s Disney Fess Parker/Davy Crockett, King of the Wild Frontier TV show. Even though her father Jack and brother Tim made scores of westerns and outdoorsy type films, Jennifer was never in any of their movies. And despite many reports throughout the years, an actor named David Holt (1927-2003) was NOT the brother of Jennifer and Tim Holt nor the son of Jack Holt. In the late 1940s - early 1950s, Jennifer hosted/participated in several television programs that originated in Chicago. One was her portrayal of "Aunt Judy" to the puppet "Uncle Mistletoe" in the 15 minute THE ADVENTURES OF UNCLE MISTLETOE which was broadcast locally and over ABC. Chicago department store Marshall Fields did this program in response to competitor Montgomery Ward's Rudolph the Red Nosed Reindeer. After a couple years, Jennifer exited Mistletoe and did another children's program, PANHANDLE PETE AND JENNIFER, which originated from NBC in Chicago. That 15 minute series ran from 1950 - 1951.