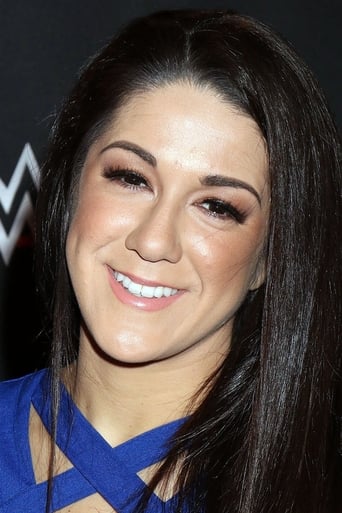 Pamela Rose Martinez (born June 15, 1989), better known by her ring name Bayley, is an American professional wrestler. She is currently signed to WWE, where she performs on the SmackDown brand. From 2008 to 2012, she wrestled on the independent circuit under the ring name Davina Rose. She signed with WWE in 2012, and was assigned to the NXT brand where she adopted the ring name Bayley. She captured the NXT Women's Championship in 2015, and subsequently won the 2015 NXT Year-End Awards for Female Competitor of the Year and Match of the Year for her confrontation with Sasha Banks at NXT TakeOver: Brooklyn. Bayley debuted on the main roster in 2016. Since her debut, she has won the WWE Raw Women's Championship, the WWE SmackDown Women's Championship and the WWE Women's Tag Team Championship, making her the first women's Triple Crown Champion and Grand Slam winner in WWE history. She currently holds the record for the longest-reigning SmackDown Women's Champion. Additionally, she won the 2019 Money in the Bank ladder match and was the first woman to defend a WWE title in Saudi Arabia.