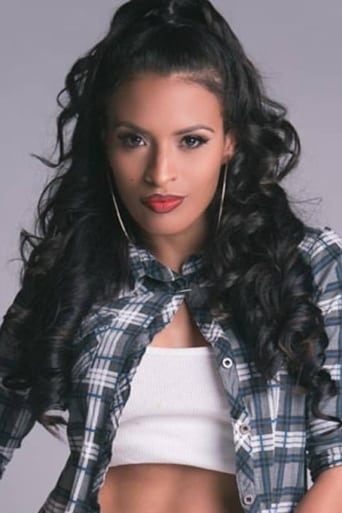 Thea Megan Trinidad was born and raised in Queens, NY to Monique and Michael Angel Trinidad on December 27, 1990. As a child Thea religiously watched wrestling with her father and younger brother Timothy. Although her interest was primarily wrestling, Thea also enjoyed swimming and playing baseball with her grandfather Jose Padilla. On September 11, 2001 Thea's father Michael Angel Trinidad was tragically killed by the terrorist attacks on the World Trade Center where he worked for the firm Cantor Fitzgerald as a Telecom Analyst. Thea was 10 years old. The family then moved to Centereach, Long Island where Thea trained as a dancer, singer and actress. She participated in dance classes such as ballet, jazz, hip-hop, step, belly dancing and Zumba. In high school, Thea competed in step competitions and won 2nd place both years. Thea took acting classes as well as worked with a vocal coach while she sang in her school’s chorus group. During the summer Thea attended Camp Haze as a counselor, a camp for children that lost a parent on 9/11. She shared with her fellow campers her desire to be in the ring. Thea also participated in charitable causes such as Habitat for Humanity after Hurricane Katrina in New Orleans with Tuesday's Children. Making sandwiches for poor through her church and participated in a charity Zumba class for breast cancer research as well as visit military troops in Colorado Springs. Thea expanded her training to wrestling at the age of 17 and trained with professional wrestlers such as Javi-Air, Azrieal, and main trainer Amazing Red. Later she worked with Sarita and veterans in Mexico, Hijo del Gladiador and Tony Salazar. Her passions for wrestling lead her to sign with TNA iMPACT Wrestling in January 2011, after being discovered by Tommy Dreamer. Thea's work ethic and determination helps her to focus on perfecting her craft as a wrestler and as a performer. Thea Trinidad's successes include participating in feature films The Witches of OZ and later in Self Storage along side Tommy Dreamer, Eric Roberts, Michael Berryman and Jonathan Silverman. Thea has been featured in numerous magazines and News media such as Pro-Wrestling Illustrated, Superluchas, Luchas 2000, The Chicago Sun-Times, The Orlando Sentinel, USA Today and more. Thea is also listed #31 of 50 best single female wrestlers in PWI Magazine, placed #10 out of 38 participants in the WBFF Fitness Competition, has co-hosted Busted Open Radio on Sirius XM and interviewed by popular New York radio station Hot97. Thea also appeared in the critically acclaimed documentary Children of 9/11 and on the first anniversary of September 11th Memorial Ceremony participated in the reading of victim names.