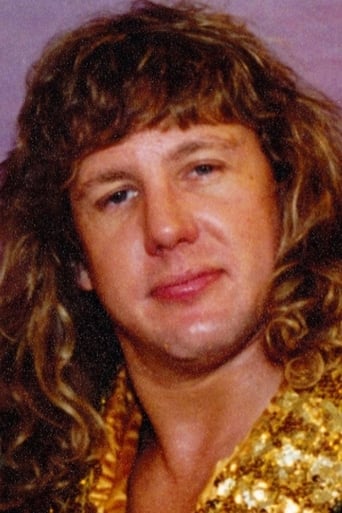 Thomas Prichard is a retired American professional wrestler and author. He is the brother of Chris and Bruce Prichard Prichard competed under his own name with his Heavenly Bodies attire at the Survivor Series 1995, wrestling on future tag team partner Skip's team "The Bodydonnas." Prichard was the first man eliminated as the Bodydonnas defeated Barry Horowitz's "Underdogs" team. A month later, Prichard was officially introduced as Zip, Skip's on-screen cousin and tag team partner, interfering in a match allowing Skip to defeat Rad Radford, who had been trying to become a Bodydonna himself.Before this appearance he had cut off his trademark curly long brown locks into a blond crew cut, to more resemble his storyline cousin. On the WrestleMania XII pre-show, on March 31, 1996, the team defeated The Godwinns in the finals of an eight team tournament to win the vacant WWF Tag Team Championship. They held the titles until May 19, 1996, when they were defeated by The Godwinns in Madison Square Garden in New York City. After Skip left the WWF in fall of 1996, Prichard became a masked jobber named Dr. X. Dr. X fought mainly on house shows but made a few TV appearances on Superstars. Dr. X lost to Brakkus at In Your House 12: It's Time By 1997, he became a trainer for the company, responsible for training such future stars as The Rock, Kurt Angle, and Mark Henry, among others. On September 27, 1999, Prichard teamed up with Jeff Jarrett to face against Chyna and Debra on Raw Is War.[9] Prichard hit. Chyna with a guitar and Jarrett was knocked out cold as Chyna went for the victory. In addition, Prichard made a few appearances as a singles wrestler for ECW, and also co-hosted Byte This! the WWF's internet talk show. Prichard was released from WWE in 2004. He went on to wrestle in the United Wrestling Association and in various other independent promotions in the Southeastern United States. He also holds training seminars in conjunction with certain promotions. During this time Prichard also befriended online professional wrestling journalist James Guttman of World Wrestling Insanity and provided a weekly commentary on the world of pro wrestling entitled Tuesdays with Tom. On August 10, 2006, eight days prior to his 47th birthday, he became the oldest man to win the United Wrestling Association Heavyweight Championship, defeating Dillinger for the title. In January 2007, he was rehired by WWE and replaced Bill DeMott as the head trainer for Deep South Wrestling (DSW). When DSW closed, he was moved to WWE's new developmental territory Florida Championship Wrestling. On May 30, 2012, Prichard was released from the WWE, being replaced by Bill DeMott as the head trainer. In 2017, Dr. Tom Prichard had a match in Runcorn Wrestling Academy (RWA) in which he teamed in an 8 man tag team match with the owner of the RWA and former trainee of Dr. Tom Prichard in OVW, Andreas Rossi (Andy Baker), Chris Von Sharpe and Connor “The Bullet” Stafford to take on the team of “Fantastic” Matt Fox, Demoni, Johnathan Alexander and Mr. Williams. At the end of this match both Dr. Tom Prichard and Andreas Rossi both announced that this was their last match.