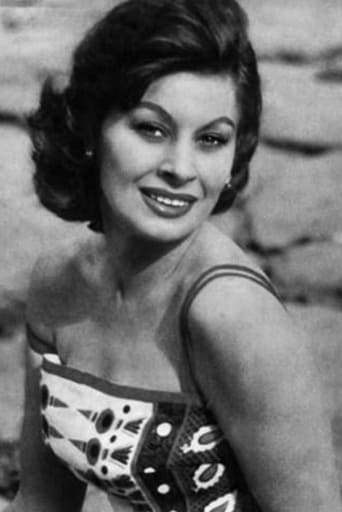 From Wikipedia, the free encyclopedia. Magali Noël (born Magali Noëlle Guiffray; June 27, 1932) is a Turkish-French actress and singer. Originally from Izmir, she emigrated from Turkey to France in 1951, and her acting career began soon thereafter. She acted in multilingual cinema chiefly from 1951 to 1980, doing several films in Italian with renowned director Federico Fellini, for whom she was a favourite subject. She also acted in films directed by such well-known names as Costa Gavras, Jean Renoir, and Jules Dassin. Her career extended to television movies from roughly 1980 to 2002. Her recording career began in France in 1956, and her most famous song was Fais-moi mal, Johnny (Hurt me Johnny), written by Boris Vian. This song was one of the first rock'n'roll songs with French lyrics. It has been forbidden on the radio during a long time due to its risqué lyrics describing - with a great sense of humour and derision - a sadomasochistic episode. Description above from the Wikipedia article Magali Noël, licensed under CC-BY-SA, full list of contributors on Wikipedia.