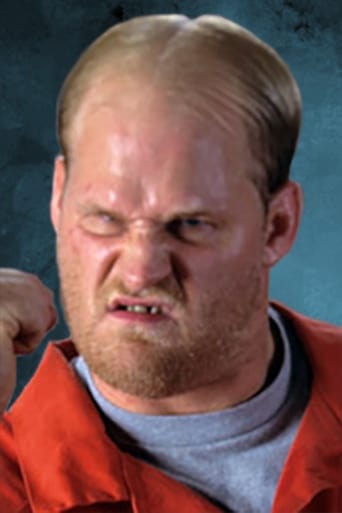 Kevin Wacholz is a former professional wrestler who worked for The World Wrestling Federation (WWF) in 1992 as Nailz. He was also known as "Mr. Magnificent" Kevin Kelly in The American Wrestling Association (AWA) in the 1980s. Wacholz, still performing under the name Kevin Kelly, received a tryout match on June 6, 1989 at a WWF Superstars taping in Madison, WI, defeating Tim Horner.[3] A night later he defeated Jim Powers at a Wrestling Challenge taping, but was not signed to a contract that year. After the AWA folded, Wacholz received another tryout match, this time at a WWF Superstars taping on May 6, 1991, defeating Brian Costello.[4] The following night at a Wrestling Challenge taping he defeated Gary Jackson in a dark match. In 1992, Wacholz debuted in the WWF as Nailz, an ex-convict who, in a series of promos, alleged he was abused by former prison guard Big Boss Man during his incarceration.He also claimed to be innocent of his (unspecified) crimes. Following Big Boss Man's squash of Dave Roulette on the May 30 episode of WWF Superstars of Wrestling, Nailz (dressed in an orange prison jumpsuit) attacked Boss Man, handcuffing him to the top rope before repeatedly hitting and choking him with his own nightstick.Nailz easily defeated numerous jobbers en route to defeating Boss Man's ally Virgil at SummerSlam.He continued to feud with Boss Man, who had recovered from Nailz's beating. The feud came to its climax when Big Boss Man defeated Nailz in a nightstick match at Survivor Series.Before Nailz finished the feud with Boss Man, he began another feud, this time with The Undertaker. The two had a stare down on the October 24 episode of Superstars, a photo of which was used as the cover of the January 1993 issue of WWF Magazine. This stare down was a result of Nailz not willing to leave the ring after his match in time for the next match that happened to feature The Undertaker. This face-off was well received by the WWE fans and according to sources could have been a titanic match. The commentator described the face-off as 'The unstoppable force meeting the immovable object'. Wacholz appeared at World Championship Wrestling's Slamboree event in 1993 as 'The Prisoner' (looking identical to his Nailz persona), losing to Sting. He wrestled In Jim Crockett's short-lived promotion, WWN, in 1994, as The Convict. He also wrestled for New Japan Pro Wrestling that year, as D.O.C. Nelson. In 1996, Wacholz appeared in Paul Alperstein's American Wrestling Federation as Nails as many WWF wrestlers from the 1980s and 1990s were wrestling in that promotion. Wacholz officially retired in 2000.