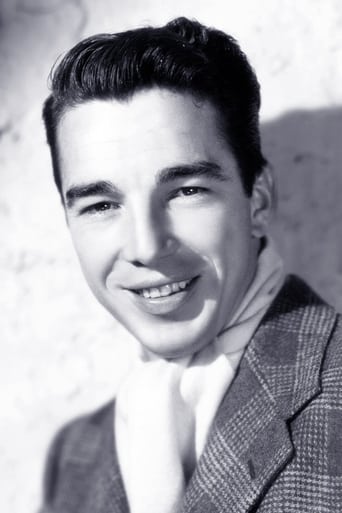 From Wikipedia, the free encyclopedia Alfred "Lash" LaRue (June 15, 1917 – May 21, 1996) was a popular western motion picture star of the 1940s and 1950s. He had exceptional skill with the bullwhip and taught Harrison Ford how to use a bullwhip for the Indiana Jones movies. LaRue was one of the first recipients of the Golden Boot Awards in 1983. LaRue was originally screen tested by Warner Bros. but was rejected because he looked too much like Humphrey Bogart, then one of the studio's contract stars . He began acting in films in 1944 (at age 27) as Al LaRue, appearing in two musicals and a serial before being given a role in a Western film that would result in his being cast in a cowboy persona for virtually the rest of his career. He was given the name Lash because of the 18-foot (5.5 m)-long bullwhip he used to help bring down the bad guys. The popularity of his first role as the Cheyenne Kid, a sidekick of singing cowboy hero Eddie Dean, not just brandishing a whip but using it expertly to disarm villains, paved the way for LaRue to be featured in his own series of Western films. After appearing in all three of the Eddie Dean Cinecolor singing Westerns in 1945-46, he starred in quirky B-westerns from 1947 to 1951, at first for Poverty Row studio PRC, then for Eagle-Lion when they took over the studio, and later for producer Ron Ormond. He developed his image as the cowboy hero Lash LaRue, dressed all in black, and inherited from Buster Crabbe a comic sidekick in the form of "Fuzzy Q. Jones" played by Al St. John. LaRue played the Cheyenne Kid sidekick in about 8 films, before he starred in his own film series, playing a character actually named "Marshall Lash LaRue". Those 11 films (from 1948-1951) are the ones that western movie fans refer to as the "Lash LaRue" film series. He was different from the usual cowboy hero of the era: dressed in black, he spoke with a "city tough-guy" accent somewhat like that of Humphrey Bogart, whom he physically resembled. His use of a bullwhip, however, was what set him apart from bigger cowboy stars such as Gene Autry and Roy Rogers. His influence was felt throughout the dying medium of B-westerns; for example, he had an imitator, Whip Wilson, who starred in his own brief series, and even Roy Rogers started picking up and using a bullwhip in some of his Republic Studios Westerns made in the same period. He also made frequent personal appearances at small-town movie theaters that were showing his films during his heyday of 1948-51, a common practice for cowboy stars in those days. However, his skillful displays of stunts with his whip, done live on movie theater stages, also convinced young Western fans that there was at least one cowboy hero who could do in real life the same things he did on screen. He continued working in films and television until he retired in 1990. LaRue died of emphysema in 1996 (age 78) at Providence Saint Joseph Medical Center in Burbank, California, and was cremated at Forest Lawn Memorial Park in Glendale, California. He was survived by his wife, Frances Bramlett LaRue, three sons and three daughters.