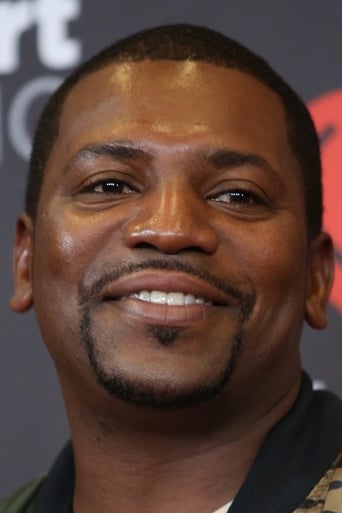 Mekhi Thira Phifer (born December 29, 1974) is an American actor. He is perhaps best known for his multi-year role as Dr. Greg Pratt on NBC's long-running medical drama ER and his co-starring role opposite Eminem in the feature film 8 Mile. He was a regular on the Fox crime show Lie to Me portraying the role of Ben Reynolds, before season 3. He was born in in Harlem, New York City, the son of Rhoda Phifer, a high school teacher; he grew up in a single-parent household with his mother. His acting career began in 1995, when Phifer attended an open casting call for director Spike Lee’s Clockers, beating over a thousand others to get the lead role as a narcotics dealer embroiled in a murder cover-up. He followed that role with another in the comedy spoof feature High School High (which also starred his former wife Malinda Williams) and continued by co-starring in the fright flick I Still Know What You Did Last Summer, starring Jennifer Love Hewitt and Freddie Prinze, Jr. Among Phifer’s other big-screen credits are Soul Food, The Biography of Spud Webb, Hell’s Kitchen, NYC, Tears of a Clown, O (as the titular character Odin a.k.a. O), and the thriller Uninvited Guest (as Silk). He appeared in Impostor as well as Paid in Full, 8 Mile, opposite Eminem and Dawn of the Dead. Phifer has a son, Omikaye, with his ex-wife, actress Malinda Williams. His second son, Mekhi Thira Phifer Jr., was born to his girlfriend Oni Souratha in Los Angeles on October 30, 2007.