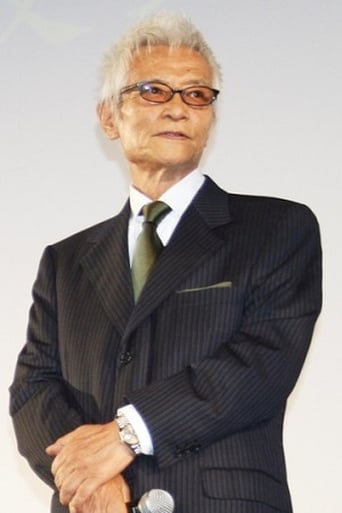 From Wikipedia, the free encyclopedia. Ken Ogata (緒形 拳 Ogata Ken, 20 July 1937-5 October 2008) was a Japanese actor. Ogata was born in Tokyo, Japan. Ogata is well known for his roles in Peter Greenaway's The Pillow Book, Paul Schrader's Mishima: A Life in Four Chapters and Shohei Imamura's The Ballad of Narayama. He won the award for best actor at the 26th Blue Ribbon Awards for Okinawan Boys. In television, his starring role as Toyotomi Hideyoshi in the 1965 NHK Taiga drama Taikōki catapulted him to fame. Ken went on to many prominent roles in subsequent programs. The following year, he portrayed Benkei in Minamoto no Yoshitsune. The network tapped him again for the role of Fujiwara no Sumitomo in the 1976 Kaze to Kumo to Niji to. He returned to playing Hideyoshi in the 1978 Ōgon no Hibi, and returned to the lead as Ōishi Kuranosuke in Tōge no Gunzō, the 1982 Chūshingura. Another featured appearance in a Taiga drama was in Taiheiki (1991, as Ashikaga Sadauji, father of Takauji). Mr. Ogata died on October 5, 2008, just days after finishing his role in the production of the Fuji TV drama "Kaze no Garden" (Garden of the Winds), filmed in the rural Furano area of northern Japan. In his final role, Ogata, himself 71 years of age, played a doctor involved in the end-of-life care of elderly patients. His sons Kanta and Naoto Ogata are actors. NHK selected Naoto for the starring role of Oda Nobunaga in the 1992 Taiga drama Nobunaga King of Zipangu; Kanta played Inaba Masakatsu in Aoi Tokugawa Sandai (2000). Description above from the Wikipedia article Ken Ogata, licensed under CC-BY-SA, full list of contributors on Wikipedia​