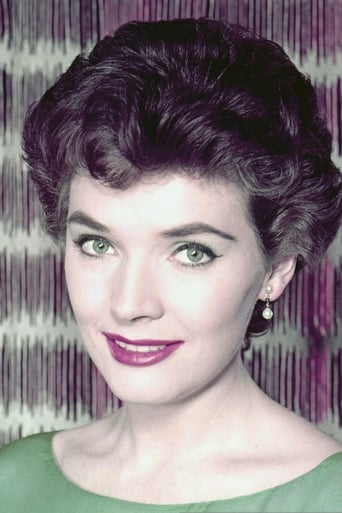 From Wikipedia, the free encyclopedia. Polly Bergen (born Nellie Paulina Burgin; July 14, 1930 – September 20, 2014) was an American actress, singer, television host, writer and entrepreneur. She won an Emmy Award in 1958 for her performance as Helen Morgan in The Helen Morgan Story. For her stage work, she was nominated for the Tony Award for Best Featured Actress in a Musical for her performance as Carlotta Campion in Follies in 2001. Her film work included Cape Fear (1962) and The Caretakers (1963), for which she was nominated for the Golden Globe Award for Best Actress in a Motion Picture – Drama. She hosted her own weekly variety show for one season (The Polly Bergen Show), was a regular panelist on the TV game show To Tell The Truth and later in life had recurring roles in The Sopranos and Desperate Housewives. She wrote three books on beauty, fashion and charm. She is also the inspiration behind Mother Goose in The Land of Stories. Description above from the Wikipedia article Polly Bergen, licensed under CC-BY-SA, full list of contributors on Wikipedia