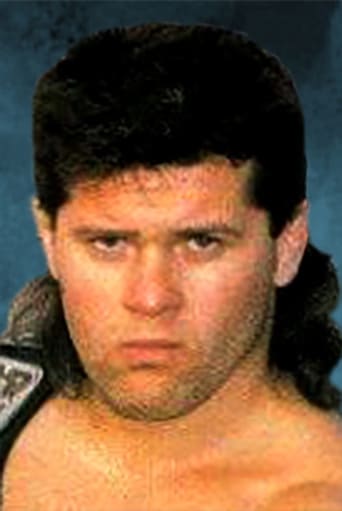 Thomas Boric is a Croatian retired professional wrestler better known by his ring name Paul Diamond. He is best known for being one half of the tag team Badd Company with Pat Tanaka and for his time in the World Wrestling Federation as Kato, one half of The Orient Express, also with Tanaka. Before he was a professional wrestler, Boric was a professional soccer player. Diamond worked for Jerry Lawler's promotions in Memphis after working for WCW, first for the United States Wrestling Association where he held the USWA World Tag Team Championship alongside Steven Dunn. After the USWA, he worked for "Music City Wrestling" until a torn triceps muscle put him out of action for six months in 1998. Diamond had set up an agreement to join Shawn Michaels' Texas Wrestling Academy Diamond also wrestled for the Texas Wrestling Alliance under the name of "Venom", holding the TWA title twice and also being involved in Shawn Michaels return to wrestling after a 1998 back injury that was thought to have put a permanent end to his wrestling career. When Michaels handed the wrestling academy to head trainer Rudy Gonzalez, Diamond and his family moved to Tampa then to Winnipeg where Diamond opened up a wrestling school called "Paul Diamond Hard Knocks Pro Wrestling Academy," while helping out his terminally ill father. Diamond semi-retired from active competition in 2001 to focus on the wrestling academy; his only active involvement in recent years has been Rocket City Wrestling in Huntsville, Alabama wrestling sometimes twice, as Diamond and as Max Moon while also being involved in the booking. In May 2012, he began working for the Decatur Parks and Recreation Department. He was married to Lisa Motley, who sometimes worked as his valet Cherry Velvet. They have two children (Kiana and Quentin). Quentin played goalie (like his father) in Huntsville for Bob Jones High School's top ranked soccer team and in April 2015 signed an athletic scholarship to play at Tennessee Wesleyan College. He is currently married to Dawn Doyle.