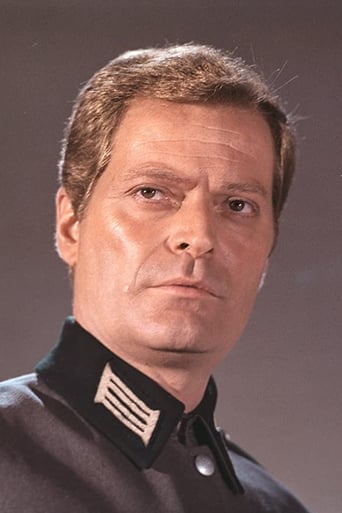 From Wikipedia, the free encyclopedia Sergio Fantoni, (born 7 August 1930) is an Italian actor. He was born in Rome, the son of actor Cesare Fantoni (1905 - 1963). In films from the late 1940s, he has worked mainly in his own country but made several appearances in American films in the 1960s, most notably opposite Frank Sinatra in the war film Von Ryan's Express, made in 1965. Among his TV roles, he appeared alongside Anglo-Italian actress Cherie Lunghi in the Channel 4 series The Manageress. Description above from the Wikipedia article Sergio Fantoni, licensed under CC-BY-SA, full list of contributors on Wikipedia.