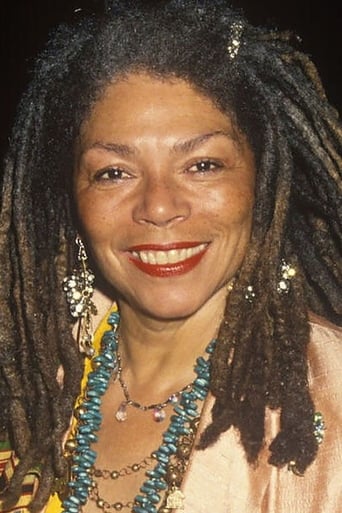 ​From Wikipedia, the free encyclopedia.   Rosalind Cash (December 31, 1938 – October 31, 1995) was an American singer and actress, whose best known film role was as Charlton Heston's character's love interest Lisa, in the 1971 science fiction cult classic, The Omega Man. To soap audiences, she is probably best remembered as Mary Mae Ward on General Hospital from 1994–1995. Cash was the second of four children. Her siblings were John (1936–1998), Robert, and Helen. All were born and raised in Atlantic City, New Jersey. Her older brother, Col. John A. Cash, enjoyed a long illustrious career with the United States Army. He died in 1998 and is buried in Arlington National Cemetery. Rosalind Cash graduated with honours from Atlantic City High School in 1956. She attended City College of New York and was an original member of the Negro Ensemble Company founded in 1968. Her career extended to stage, screen, and television. Her films included Klute (1971), The New Centurions (1972) with George C. Scott, Uptown Saturday Night (1974) with Sydney Poitier, and Wrong Is Right (1982). In 1995, she appeared in Tales from the Hood which marks her last film appearance during her lifetime. Cash was nominated for an Emmy Award for her work on the Public Broadcasting Service production of Go Tell it on the Mountain and in 1973 appeared as Goneril with James Earl Jones' Lear at the New York Shakespeare Festival. She died of cancer on October 31, 1995, at the age of 56. Description above from the Wikipedia article Rosalind Cash, licensed under CC-BY-SA, full list of contributors on Wikipedia.