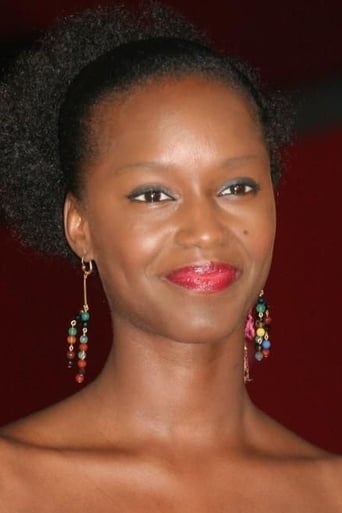 Fatou N'Diaye is an actress, originally from Senegal, born 1980 in Saint-Louis du Sénégal. At 8 years old, she left Senegal with her mother, and moved to Paris. In 1997, aged 16/17, she was discovered by Oliviero Toscani, commercial photographer for the Benetton brand, which, subsequently, led to modelling assignments. Fatou learned Guinea-Bissau Creole for her leading role as Vita in the 2002 film Nha fala. Source: Article "Fatou N'Diaye" from Wikipedia in english, licensed under CC-BY-SA 3.0.