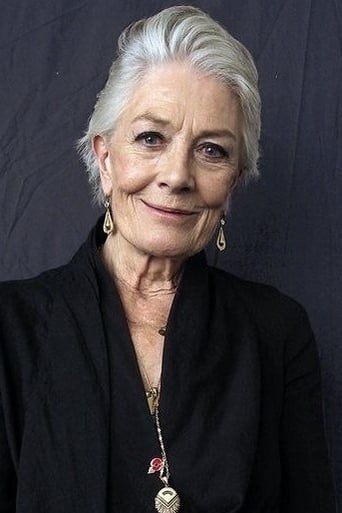 Vanessa Redgrave CBE (born 30 January 1937) is an English actress and political activist. Redgrave rose to prominence in 1961 playing Rosalind in the Shakespeare comedy As You Like It with the Royal Shakespeare Company and has since starred in more than 35 productions in London's West End and on Broadway, winning the 1984 Olivier Award for Best Actress in a Revival for The Aspern Papers, and the 2003 Tony Award for Best Actress in a Play for the revival of Long Day's Journey into Night. She also received Tony nominations for The Year of Magical Thinking and Driving Miss Daisy. On screen she has starred in scores of films and is a six-time Oscar nominee, winning the Academy Award for Best Supporting Actress for the title role in the film Julia (1977). Her other nominations were for Morgan: A Suitable Case for Treatment (1966), Isadora (1968), Mary, Queen of Scots (1971), The Bostonians (1984), and Howards End (1992). Among her other films are A Man for All Seasons (1966), Blowup (1966), Camelot (1967), The Devils (1971), Murder on the Orient Express (1974), Prick Up Your Ears (1987), Mission: Impossible (1996), Atonement (2007), Coriolanus (2011), and The Butler (2013). Redgrave was proclaimed by Arthur Miller and Tennessee Williams as "the greatest living actress of our times", and has won the Oscar, Emmy, Tony, BAFTA, Olivier, Cannes, Golden Globe, and the Screen Actors Guild awards. Description above from the Wikipedia article Vanessa Redgrave, licensed under CC-BY-SA, full list of contributors on Wikipedia.