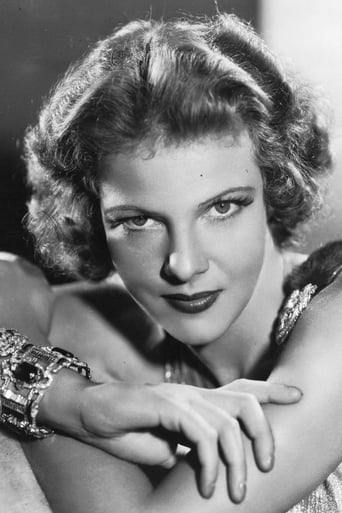 Elissa Landi (December 6, 1904 – October 21, 1948) was an Italian born actress who was popular in Hollywood films of the 1920s and 1930s. Rumoured to be a descendant of Emperor Franz Joseph of Austria, she was noted for her aristocratic bearing. Born Elisabeth Marie Christine Kühnelt in Venice, Landi was raised in Austria and educated in England. Her first ambition was to be a writer, and she wrote her first novel at the age of twenty. She would return to writing during lulls in her acting career. She joined the Oxford Repertory Company at an early age, appearing in many British and American stage successes. During the 1920s she appeared in British, French, and German films before travelling to the United States to appear in a Broadway production of A Farewell to Arms. She was signed to a contact by Fox Film Corporation (later 20th Century Fox) in 1931. She played the heroine in Cecil B. De Mille's The Sign of the Cross (1932), but was overshadowed by Claudette Colbert who played the flashier role of Poppea. She was paired successfully with some of the major leading men, such as David Manners, Charles Farrell, Warner Baxter, and Ronald Colman in romantic dramas such as Body and Soul (1931) before appearing in the box office hit The Count of Monte Cristo (1934) with Robert Donat. Her contract with Fox was abruptly cancelled in 1936 as a result of her refusal to accept a particular role. Metro-Goldwyn-Mayer signed her to a contract and after a couple of romantic dramas she played the cousin of Myrna Loy in the very popular After the Thin Man (1936). After only two more films she retired, in 1943. She became a naturalized U.S. citizen in 1943, and dedicated herself to writing, producing six novels and a series of poems. She died from cancer in Kingston, New York, and was buried at Oak Hill Cemetery in Newburyport, Massachusetts. Elissa Landi has a star on the Hollywood Walk of Fame for her contributions to Motion Pictures, at 1615 Vine St. Description above from the Wikipedia article Elissa Landi, licensed under CC-BY-SA, full list of contributors on Wikipedia.