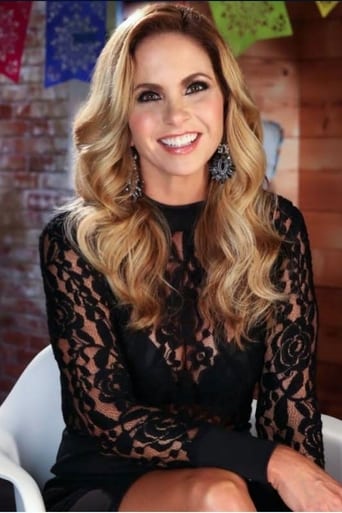 Lucero Hogaza León (born August 29, 1969 in Mexico City, Mexico) known as Lucero, is a Mexican singer, songwriter, actress and television host. She is a multi-platinum singer in Mexico, and has sung in Spanish, English and Portuguese. She is the daughter of Lucero León and Antonio Hogaza and has one brother, Antonio. Lucero has sold more than 22 million records worldwide and is recognized in Latin America and Mexico as "La Novia De America". Lucero gained her first regular high-profile job in a popular children's show in Mexico City called "Alegrias de Mediodia” in 1982 at the age of 13. Since then she has released a series of successful albums. Many of her songs peaked on top of most of the Latin charts including the Billboard Charts in the USA. She received her first leading role in the film Coqueta and went on to film a total of seven movies. Lucero participated in nine telenovelas in Mexico with the leading role. She was recognized by People en Español as the "Queen of the Telenovelas" celebrated on the 2013 issue of "Los 50 mas Bellos" posing with six of the most popular actors in telenovelas. Lucero has won more TVyNovelas Awards than any other actress. Lucero has been the hostess of the Latin Grammy Awards on eight different occasions. She is also the main hostess for more than fourteen years in a philanthropy show called Teletón Mexico and most recently Teleton USA where people make donations to help children with physical disabilities.