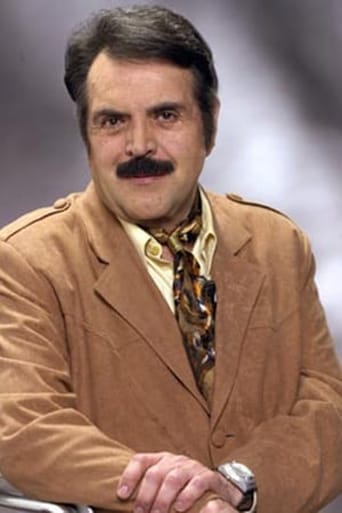 Jorge Vargas (Aguascalientes, June 25, 1941 - Mexico City, November 2, 2009) was a Mexican actor. Jorge Vargas was a great actor and Mexican singer, a man with an unparalleled personality, who was often in the eye of the hurricane, when it comes to his personal life. His career began in 1966 in the telenovela "Más fuerte que tu amor", followed by "La sonrisa del diablo", Jorge worked in great productions of success like the telenovelas "Corazón salvaje" in his second version of 1977, Maria Isabel in 1997 having a prominent role in the plot, Mi destino eres tú in 2000 and Amor real 2003. These were just some of the various telenovelas of his career, his last one was Destilando amor, alongside the actors Angélica Rivera and Eduardo Yáñez. He also made history in the seventh art, acting in the films "Por un cuñado de tierra", "Tequila y mezcal", "Tres fronteras", "Matar a morir", "El secuestro del pollo", among other Mexican films. Jorge was an artist in every sense of the word. He also participated in the theater, all the pieces that he acted were in poster for long seasons in the Mexican theaters, and in the United States. Certainly one of his major influences was his uncle the great producer of Mexican telenovelas Ernesto Alonso, who was popularly known as "The Lord Soap Opera". From Wikipedia, the free encyclopedia