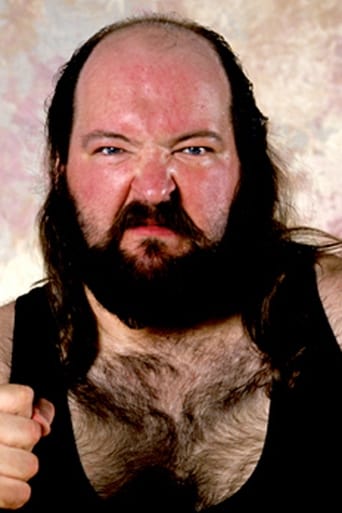 John Anthony Tenta, Jr. was a Canadian sumōtori and professional wrestler best known for his work in the World Wrestling Federation as Earthquake. After a promising start to his sumo career, using the nameKototenzan, Tenta switched to professional wrestling and became a high-profile star for the WWF, feuding with Hulk Hogan and winning the WWF Tag Team Championship with partner, and personal friend, Typhoon. His professional wrestling career also encompassed runs in World Championship Wrestling, where he was known as Avalanche and The Shark, All Japan Pro Wrestling and a return to WWF as Golga. Tenta died in 2006 after a lengthy battle with cancer. Tenta retired from wrestling in 2004 after it was revealed that he had developed bladder cancer and was told he was given a 20% chance to live, assuming he continued with his chemotherapy treatments. During his November 18, 2005 interview on WrestleCrap Radio, Tenta announced that a recent radiation dosage did not go as planned, and had no effect on the tumor. He also announced that multiple tumors had spread to his lungs. The first public notice of Tenta's death was posted on WWE.com on June 7, 2006. On the June 9, 2006, edition of SmackDown, and the June 12, 2006, edition of Raw, WWE showed a bumper that read "RIP 'Earthquake' John Tenta" before each show began. Other media John Tenta's professional wrestling career garnered him appearances in several video games. In 1991, Tenta as Earthquake was portrayed as a feature character in Technos' popular arcade video game WWF WrestleFest. He was also included in the 1992 home video game WWF Super WrestleMania by LJN for the Super Nintendo Entertainment System (he wasn't in the Sega Genesis version). In 2004, the Japanese video game developer Spike released King of Colosseum II, a puroresu-wrestling game for PlayStation 2 that featured Tenta as a playable character; it was a Japan-only release. On April 14, 2009, Tenta was announced as downloadable content for WWE SmackDown vs. Raw 2009 which was released April 16, 2009. On February 23, 2016, he along with Typhoon appeared as downloadable content for WWE 2K16. He also appeared in WWE 2K17 as well as WWE 2K18 along with Typhoon.