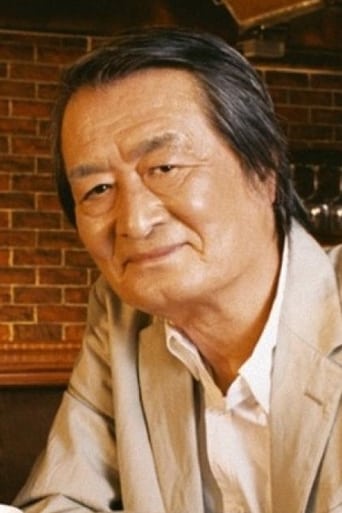 ​From Wikipedia, the free encyclopedia.   Tsutomu Yamazaki (山崎 努 Yamazaki Tsutomu) (born December 2, 1936 in Matsudo, Chiba Prefecture, Japan) is a Japanese actor. He has been nominated for seven Japanese Academy Awards, winning Best Actor awards for the Juzo Itami comedies The Funeral and A Taxing Woman, and the Best Supporting Actor awards for Go and Departures. He also won the Blue Ribbon Award for Best Actor in 1984 for The Funeral and Farewell to the Ark. Description above from the Wikipedia article Tsutomu Yamazaki, licensed under CC-BY-SA, full list of contributors on Wikipedia.