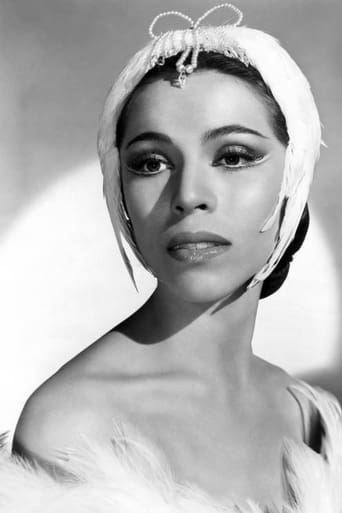 Maria Tallchief, born Elizabeth Marie Tall Chief, was an American ballerina. She was considered America's first major prima ballerina. She was the first Native American to hold the rank, and is said to have revolutionized ballet. Almost from birth, Tallchief was involved in dance, starting formal lessons at age three. When she was eight, her family relocated from her birth home of Fairfax, Oklahoma, to Los Angeles, California, to advance the careers of her and her younger sister, Marjorie. At age 17, she moved to New York City in search of a spot with a major ballet company, and, at the urging of her superiors, took the name Maria Tallchief. She spent the next five years with the Ballet Russe de Monte Carlo, where she met legendary choreographer George Balanchine. When Balanchine co-founded what would become the New York City Ballet in 1946, Tallchief became the company's first star. The combination of Balanchine's difficult choreography and Tallchief's passionate dancing revolutionized the ballet. Her 1949 role in The Firebird catapulted Tallchief to the top of the ballet world, establishing her as a prima ballerina. Her role as the Sugarplum Fairy in The Nutcracker transformed the ballet from obscure to America's most popular. She traveled the world, becoming the first American to perform in Moscow's Bolshoi Theater. She made regular appearances on American TV before she retired in 1966. After retiring from dance, Tallchief was active in promoting ballet in Chicago. She served as director of ballet for the Lyric Opera of Chicago for most of the 1970s and debuted the Chicago City Ballet in 1981. Tallchief was honored by the people of Oklahoma with multiple statues and an honorific day. She was inducted in the National Women's Hall of Fame and received a National Medal of Arts. In 1996, Tallchief received a Kennedy Center Honor for lifetime achievements. Her life has been the subject of multiple documentaries and biographies.