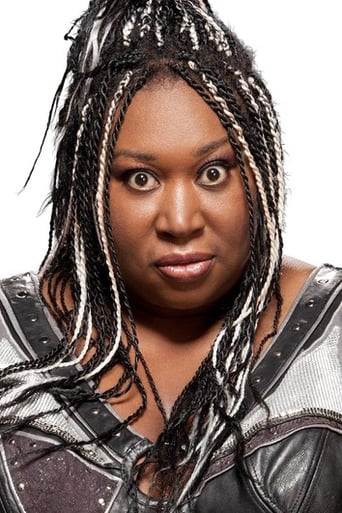 Kia Michelle Stevens, better known by her ring names Amazing Kong, Awesome Kong and Kharma, is an American professional wrestler. She is best known for her time in TNA and WWE as Awesome Kong and Kharma respectively. She is a five-time Women's Champion, having won the WWWA World Championship, NWA World Women's Championship and AWA Superstars of Wrestling World Women's Championship and a two-time TNA Knockout Champion. Her success is not limited to singles wrestling, as she frequently teamed with Aja Kong to form the tag team Double Kong who held tag team championships in four different promotions, along with winning the TNA Knockouts Tag Team Championship with Hamada. She was also ranked first in the inaugural list of Pro Wrestling Illustrated's Top 50 Females. She began her professional wrestling career in 2002 after appearing on a reality television show. She primarily wrestled in Japan for the first five years of her career, holding numerous championships there. In 2006 she began wrestling in her native United States again, appearing on the independent circuit before appearing on national television with TNA Wrestling where she was a driving force in the foundation of their Knockout division.