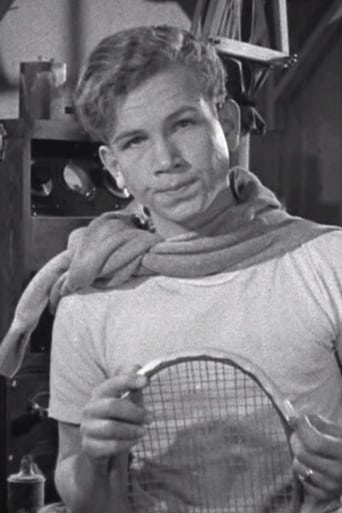 From Wikipedia, the free encyclopedia Frank Marion Thomas Jr. (April 9, 1921 – May 11, 2006), credited as Frankie Thomas, was an American actor, author and bridge-strategy expert who played both lead and supporting roles on Broadway, in films, in post-World War II radio, and in early television. He was best known for his starring role in Tom Corbett, Space Cadet. He was only 11 when he accompanied his mother to a casting office, where he stood in the background while his mother asked about possible openings in new Broadway shows. The agent replied, "I have nothing that suits you, Mona, but I can use the boy." Thomas wound up in a small part in Carry Nation (1932), where Jimmy Stewart was cast as a constable. Thomas appeared in six other Broadway plays between 1932 and 1936, including Little Ol' Boy with Burgess Meredith, Thunder on the Left, Wednesday's Child, The First Legion, Remember the Day, in which he appeared with his father, and Seen But Not Heard. In Wednesday's Child he played the role of Bobby Phillips, the longest stage part ever written for a child performer. Thomas also developed a lifelong fascination with the character of Sherlock Holmes during this period, when he saw William Gillette perform the part during his farewell tour. Thomas's last "A" film was Boys' Town (1938) with Spencer Tracy and Mickey Rooney. Thomas was Freddy Fuller, Boys' Town's mayor, and was not asked to appear in the sequel, Men of Boys' Town (1941). He then appeared in a string of "B" films such as Little Tough Guys in Society and Nancy Drew... Detective (both 1938), Nancy Drew... Reporter, Code of the Streets, Nancy Drew… Trouble Shooter, The Angels Wash Their Faces, Nancy Drew and the Hidden Staircase, On Dress Parade and Invisible Stripes (all 1939). In 1941 Thomas had small parts in Flying Cadets and One Foot in Heaven. His last film roles were small roles in Always in My Heart and The Major and the Minor (1942), where he played a military school cadet who flirted with Ginger Rogers' character. After World War II, Thomas moved into television. In the fall of 1950 he became the idol of millions of children when he played the starring role in Tom Corbett, Space Cadet, beginning on CBS and transferring to ABC in January 1951. Thomas had beaten out Jack Lemmon for the part.