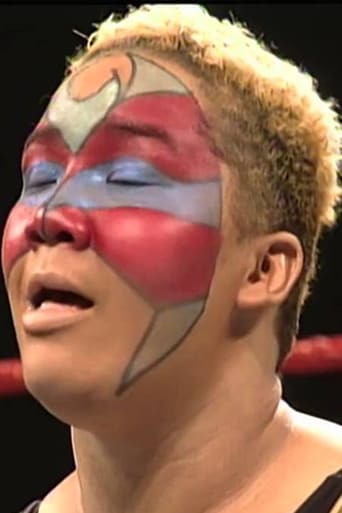 is a Japanese professional wrestler, better known by the stage name Aja Kong, and the founder of the ARSION all-women professional wrestling promotion. Shishido has won several championships in both singles and tag team divisions throughout her career, primarily while with All Japan Women's Pro-Wrestling. Shishido was trained by AJW, and graduated as part of their class of 1986. She made her debut that summer, and immediately joined Dump Matsumoto's heel stable Gokuaku Domei ("Atrocious Alliance"), along with classmate and tag team partner Nobuko Kimura. After the stable dissolved in 1988 due to Matsumoto's retirement, Shishido and Kimura went their separate ways, but re-formed in 1990 as Jungle Jack. Now called Aja Kong and Bison Kimura, they entered a two-year feud against their former allies Bull Nakano and her heel stable Gokumon-to. During their partnership they won the WWWA World Tag Team Championship twice, and participated in some memorable matches. The most famous of these was a hair versus hair match on January 11, 1991, which was lost by Jungle Jack, resulting in both women being shaved bald. Kong herself also pursued Nakano for the WWWA World Heavyweight Championship during the early 1990s. She failed in several attempts before finally achieving her goal on November 15, 1992, ending Nakano's three-year reign. Kong made a notable wrestling appearance in the United States. She was the sole survivor of a women's elimination match at the World Wrestling Federation pay per view Survivor Series 1995 pinning all 4 members of her opposing team, including WWF Women's Champion, Alundra Blayze. Kong also appeared on two episodes of Monday Night Raw and was victorious in both bouts, including one vicious bout where she broke the nose of Chaparita Asari. Kong was being built up as a challenger for the WWF Women's Championship, which was held at the time by Alundra Blayze. Kong was scheduled to face Blayze at the Royal Rumble pay per view in 1996, but Blayze was fired before this match up could occur. Presently, Aja wrestles for Mayumi Ozaki's promotion, Oz Academy. She has previously held the promotion's championship title and is currently leading the Jungle Jack 21 stable, which includes AKINO and Tomoka Nakagawa. In December 2011, Kong took part in American promotion Chikara's JoshiMania weekend, losing to Sara Del Rey in the main event of night one on December 2. The following day, Kong defeated Ayako Hamada in the main event. On the third and final night of the tour, Kong teamed with Mio Shirai and Tsubasa Kuragaki to defeat Hanako Nakamori, Manami Toyota and Sawako Shimono in a six-woman tag team match. Personal life Shishido is half Japanese and half African-American. Her father served in the US military.