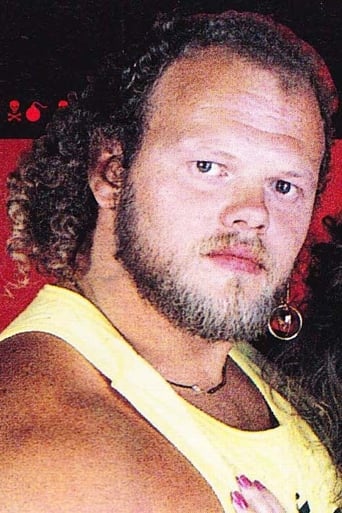 Darrell W. Anthony is a retired American professional wrestler, also known by his ring name "The Dirty White Boy" Tony Anthony. He wrestled primarily for independent promotions in the Southeastern United States. He was most active throughout the 1980s and 1990s in the Tennessee-based United States Wrestling Association (USWA) and Smoky Mountain Wrestling (SMW), and had two short stints with the World Wrestling Federation (WWF) under the ring names of T.L. Hopper and Uncle Cletus. Anthony competed primarily as a singles wrestler in Smoky Mountain Wrestling (SMW). He was quickly pushed as a main event wrestler, and won the SMW Heavyweight Championship from Brian Lee on August 8, 1992 After dropping the title to Tracy Smothers the following April, Anthony (under his masked Mighty Yankee gimmick) won the SMW Beat the Champ Television Championship in June 1993.] While holding this title, he defeated Brian Lee to regain the Heavyweight Championship. He was involved in an angle in which he was kayfabe forced to vacate the Television Championship on August 16, after a series of defenses. The rules stipulated that any wrestler who successfully defended the title five times would be awarded $5000, but be forced to vacate it. Anthony regained the title by beating Robert Gibson on September 13. He won his final SMW Heavyweight Championship on July 5, 1994, by defeating Jake Roberts. He held the title for over six months before losing it to Jerry Lawler on January 28, 1995. Anthony's performance in 1994 earned him his highest ever ranking (No. 25) in the annual PWI 500. Anthony won his final title in SMW on July 6, 1995, teaming with Tracy Smothers (as The Thugs) to defeat The Dynamic Duo (Al Snow and Unabomb) for the SMW Tag Team Championship. World Wrestling Federation (1996–1997) Although he did not wrestle on any WWF pay-per-views, he made an appearance during the "Bikini Beach Blast-Off" segment, on the Free-For-All show immediately preceding SummerSlam '96. Based on his experience as a plumber, Hopper was chosen to investigate a brown object resembling feces on the bottom of the swimming pool. The segment parodied a scene in the movie Caddyshack. After taking a brief hiatus, he returned to the WWF in September 1997 as Uncle Cletus, coming from the audience to help the heel tag team of The Godwinns (Henry O. & Phineas I. Godwinn) in a match against The Headbangers. He hit Mosh in the head with a horseshoe, allowing Phineas to make the pin. He was then billed as the uncle of The Godwinns, and became the team's manager. At Badd Blood 1997, The Godwinns won the WWF Tag Team Championship, with Cletus in their corner. On October 13, Cletus interfered in another match, but his interference backfired and allowed The Road Warriors to win the title. Following this, The Godwinns attacked Cletus, who was never seen in the WWF again. After leaving the WWF, Anthony returned to his home state of Tennessee (where he had maintained considerable fame and popularity) and wrestled for various independents around East Tennessee until retiring from active competition in 2006. In recent years, he played a prominent role in Knoxville's Tennessee Xtreme Wrestling, as its face commissioner.