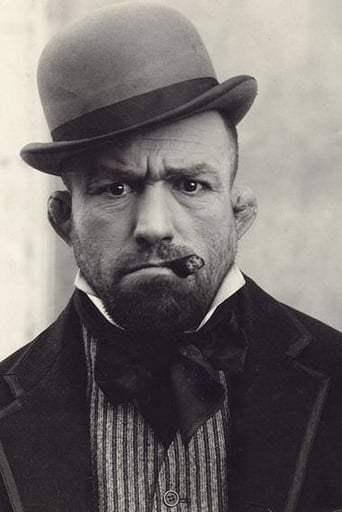 From Wikipedia, the free encyclopedia Lewis Montagna (born Luigi Montagna, May 16, 1887 – January 24, 1950), better known as Bull Montana, was an Italian-American professional wrestler and actor. Montagna was born on May 16, 1887 in Voghera, Italy and came to the United States as a child. He became a professional wrestler under the name of Bull Montana. He gravitated to films in 1917, appearing first in several of the vehicles of his close pal Douglas Fairbanks. In 1919 he appeared as a gruesome villain in Maurice Tourneur's masterpiece Victory alongside Lon Chaney. Numbered among his many friends was Abe "The Newsboy" Hollandersky, boxer, wrestler, and movie extra, who claimed Montagna offered to help him finance his 1930 autobiography. In the early 1920s Montana, as he was known, often wrestled with his friend Jack Dempsey prior to some of Dempsey's larger fights to help entertain the press and spectators. Montagna was usually cast as a thug, henchman or something not quite sympathetic, and sometimes not quite human (he was the apelike cave dweller in 1925's The Lost World opposite Wallace Beery as Arthur Conan Doyle's Professor Challenger). Tempering his on-screen brutishness with humor, Montana starred in his own series of two-reel comedies in the early 1920s, spoofing everyone from Robin Hood (Rob 'Em Good) to the Corsican Brothers (The Two Twins). He appeared in two Buster Keaton films including a role as a professional wrestler in the film Palooka from Paducah. He continued playing movie bits into the 1940s, notably as one of Buster Crabbe's antagonists in the 1936 series Flash Gordon. Like many mashed-face musclemen of the movies, Bull Montana is reputed to have been as gentle as a lamb in real life.