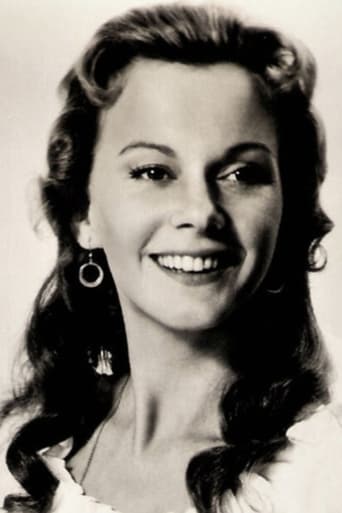 Anita Björk (born 25 April 1923) is a Swedish actress. Born in Tällberg, Dalarna, Anita Björk attended Dramatens elevskola (The Royal Dramatic Theatre's acting school) in 1942-45. Anita Björk has been a leading lady of Swedish theatre for many years and has worked at the national stage; Dramaten, since 1945, where she has performed in more than 100 parts over the years (which makes her one of the greatest actors of Dramaten). On film, Anita Björk has played leading roles - in particular - in a number of style forming Swedish thrillers and crime mystery dramas, including Det kom en gäst (1947), Moln över Hellesta (1956), Damen i svart (1958), Mannekäng i rött (1958) and Tärningen är kastad (1960). Still, her most famous part is probably her title role in Alf Sjöberg's celebrated film adaption of Strindberg's Miss Julie (1951) that was awarded with the grand prize at Cannes Film Festival. Married to Olof Bergström (1945–1951) and from 1953 with Stig Dagerman. After his death she had a relationship with Graham Greene. Currently performing in A.R. Gurney's play Kärleksbrev (Love Letters) at Dramaten, opposite Jan-Olof Strandberg (Lilla scenen; March-April, 2009). Description above from the Wikipedia article Anita Björk, licensed under CC-BY-SA, full list of contributors on Wikipedia