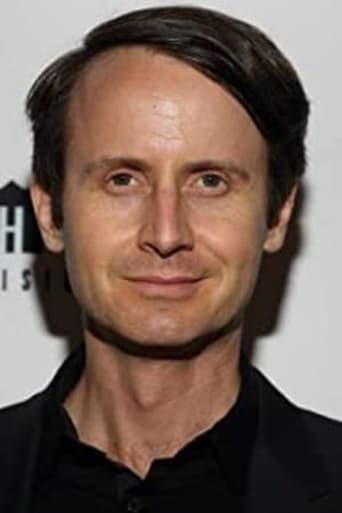 Merlin debuted the role of Dr. Hill in Stuart Gordon's award-winning "Re-Animator: The Musical," and was decapitated 200 times in Las Vegas, Edinburgh, New York and Los Angeles, earning an Ovation Award nomination and a rave review in the New York Times. He sings on the forthcoming Original Cast Album. He plays the mysterious Elric in Jackson Stewart's "Beyond the Gates," which won the Nightfall Jury Prize at the LA Film Festival, and attended its European premiere at Fright Fest in London. He voices Impact Man in "Mega Man 11" and F.A.N.G in "Street Fighter V," and in Ross Patterson films plays 2LT Chandler in "Range 15," William Keller in "Helen Keller vs Nightwolves," and Werewolf Hitler in "FDR: American Badass!" He played the homicidal cult-leader Sugarplum in two episodes of Blumhouse's "12 Deadly Days," appears in various episodes of "Dream Corp LLC" on Adult Swim, and voiced Makube in "Hellsing Ultimate X" and Liquid Terror in "The Reflection." Other appearances include "Jackass 3D/3.5," "All The Creatures Were Stirring," "Cabaret of the Dead," and several upcoming features. His theater work includes Salo in Stuart Gordon's adaptation of Vonnegut's "The Sirens of Titan." Merlin created the role of The President of the USA in the long-running operetta "The Beastly Bombing," performing at the Steve Allen Theater, New York Musical Theatre Festival, and Opera aan het Ij (Amsterdam). He performed Hannibal Lecter in "Silence! The Musical" in both the Original LA Cast (along with four other roles) and recently in a hit production with Bucket List Theatre. His sketch comedy work includes Matty Simmons' "Sketches From The National Lampoon." As principal bass and patter-baritone with touring repertory Opera A La Carte for 7 seasons, he sang a variety of roles in The Pirates of Penzance, HMS Pinafore, The Mikado, and The Gondoliers. Merlin was profiled by NPR on Weekend Edition in a nationally aired, award-winning story about his niche career as "Mr. Horror Musicals." He played the Troll King in a concert version of Peer Gynt with the San Francisco Symphony and Maestro Michael Tilson Thomas. He sings Professor Upham on the "Dreams in the Witch House" Lovecraft-inspired heavy metal album. As a younger performer, he had a regional opera career spanning 45 diverse roles like Mephistopheles in "Faust," Leporello in "Don Giovanni" and the title role in "Don Pasquale." Discovered by retired Metropolitan Opera star and General Director Irene Dalis (1925-2014), Merlin was a Principal Artist-in-Residence with Opera San Jose for four seasons, singing 17 roles. He made his international debut in Paris with the electronic opera "Le Terrain Vague" at the Théâtre du Rond Point and the Théâtre Lucernaire. - IMDb Mini Biography By: Jesse Merlin