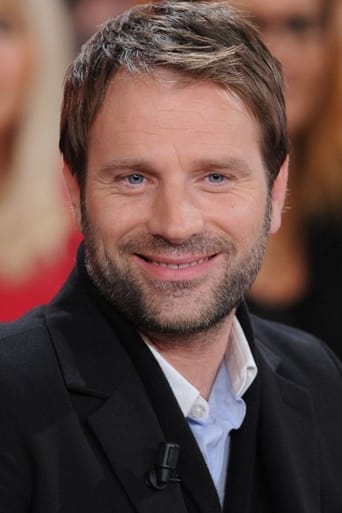 Thomas Jouannet (born 30 September 1970 in Geneva) is Swiss actor. Jouannet started in a theatre class in Geneva, then he went to Paris and is trained by Jean Périmony. He started his career in several French TV series and TV movies, such as The Dominici Case and Le Silence de la Mer. He also appeared as Antoine in Clara Sheller. In 2009, he played Don Pedro in La Reine morte which is an adaptation of the play by Henry de Montherlant. He was in a relationship with actress Alexandra Lamy from 1995 to 2003, with whom he had a daughter, Chloé, born in October 1997. He married actress Armelle Deutsch in 2010, with whom he has two children. Source: Article "Thomas Jouannet" from Wikipedia in english, licensed under CC-BY-SA 3.0.