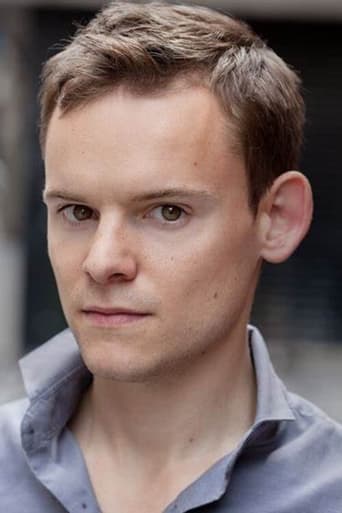 From Wikipedia, the free encyclopedia James Anthony Pearson is a British actor who lives in Glasgow. He was born in Rochdale, Greater Manchester. Pearson is best known for his performance as Bernard Sumner in Anton Corbijn's film Control.[1] He also stars in the 2009 British film New Town Killers, an action thriller for which Pearson performed most of his own stunts. Pearson first appeared on TV in the BBC TV series Jeopardy playing the central role of Simon. It ran for three series, with a total of 40 episodes. He also now stars as Ed in the BBC Drama Lip Service. Other notable Television appearances include:     Kidnapped TV (2005) as the main character     Monarch of the Glen     Doctors     Casualty     Holby City.     Lip Service. He stars in the music video for Come Monday Night, the first single from Stuart Murdoch's new project God Help The Girl. Description above from the Wikipedia article James Pearson (actor), licensed under CC-BY-SA, full list of contributors on Wikipedia.