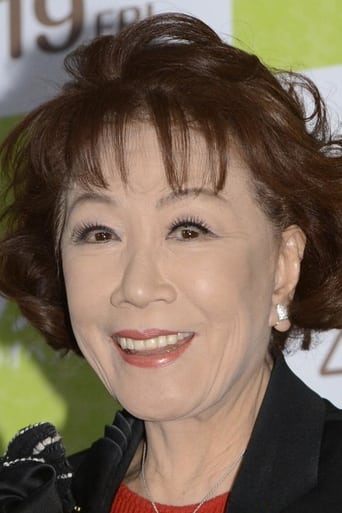 From Wikipedia, the free encyclopedia Yukiji Asaoka (born July 23, 1935) is a Japanese singer and an actress from Chūō, Tokyo. She is the daughter of the famous Japanese painter of shin hanga style prints, Shinsui Itō, and her second and present husband is actor Masahiko Tsugawa. Asaoka was in the Takarazuka Revue from 1952 to 1955. She was a cast member (musumeyaku), belonging to the Moon Troupe (Tsuki). She is famous for her roles in Japanese television series and has appeared starring opposite of Shintaro Katsu in both a film of the Zatoichi series and in the first film of the Hanzo the Razor trilogy. She is, however, mostly famed for her singing. She is also a voice actor, or seiyū, in the 1999 anime film My Neighbors the Yamadas directed by Isao Takahata. Description above from the Wikipedia article Yukiji Asaoka, licensed under CC-BY-SA, full list of contributors on Wikipedia.