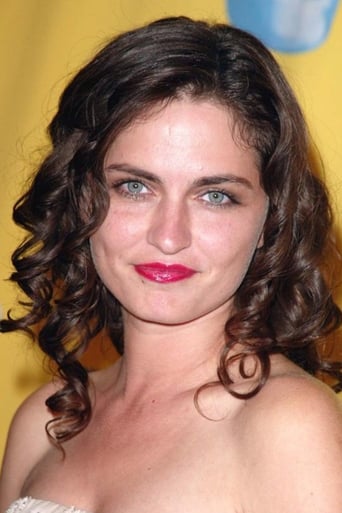 From Wikipedia, the free encyclopedia. Erika Marozsán (born August 3, 1972) is a Hungarian actress. Her first movie appearance was in the hit Hungarian film, "Béketárgyalás, avagy az évszázad csütörtökig tart" ("Peace negotiations – This century lasts until Thursday"), released in 1989. She has played primarily in Hungarian films, but also appeared on the HBO hit action thriller, Sniper 2, with Tom Berenger and Bokeem Woodbine, as well as Gloomy Sunday and One Day Crossing, which was nominated for an Oscar in 2001. Marozsán's father is Hungarian-Armenian, and her name is the Hungarian version of an Armenian family name. Marozsán's maternal grandmother, Amalia Pincesi (née Weisz), was Jewish. Marozsán graduated from the Budapest Academy of Drama and Film in 1995 and then became a member of Új Színház ("New Theatre") in Budapest. Her favorite actresses are Sophie Marceau and Famke Janssen. Description above from the Wikipedia article Erika Marozsán, licensed under CC-BY-SA, full list of contributors on Wikipedia