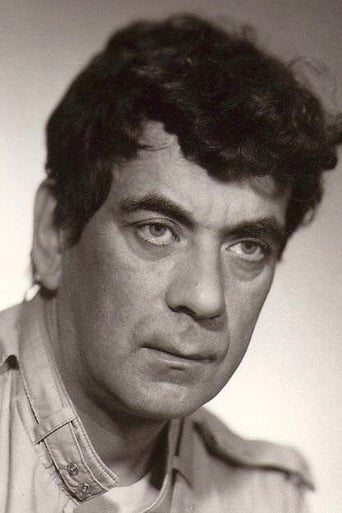 Petr Čepek was a Czech actor associated with The Drama Club in Prague. His final film was Faust, directed by Czech surrealist Jan Švankmajer. Cepek attended the Academy of Performing Arts (DAMU) along with many notable Czech actors of the time, before appearing in Ostrava’s first theater, DPB until 1965.  After joining with fellow colleagues in Prague’s Činoherní Klub, where he contributed to the formation of numerous famous theatre productions such as Dostoevsky’s Crime and Punishment and Gogo’s Revizor (The Government Inspector).   Čepek turned to politics in the late 1980s, participating in political rallies and negotiations before returning to the Academy of Performing Arts (DAMU) to teach until his death in 1994.  Čepek was honored posthumously for his double role in the Švankmajers film Faust.