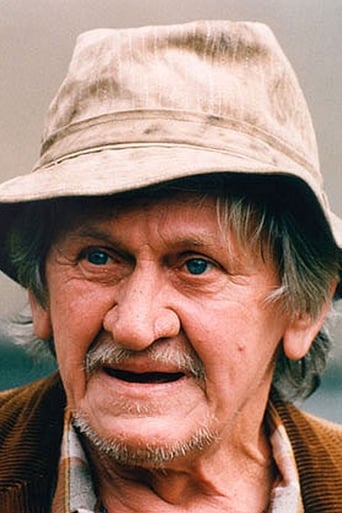 Július Vašek (* December 29, 1926, Nové Zámky - † May 1, 2009, Bratislava) was a Slovak actor. After finishing acting at the Bratislava Conservatory in 1954, he made his debut with the film Wooden Village, which was an adaptation of František Heček's novel. He has acted in more than fifty films. He mostly portrayed negative characters - nervous or emotional types of men in borderline situations, e.g. as well as the characters of guardsmen, German soldiers and, paradoxically, partisans in films from the Second World War, where his acting skills were most evident. Unforgettable was his performance in the films Captain Dabač, Romance for flugelhorn and Pacho, Hybské zbojník. However, he was most famous for the character of Prašivec in Martin Hollé's film Copper Tower and especially Orlie Feather. In the 1970s, he was at the peak of his acting career. Undoubtedly, one of the most important tasks of his acting career is the portrayal of the mysterious character of Karol Neuman in the Czech film The Case of the Dead Man, in which he played the main role. He was also excellent in the character of Pančuch in the film Red Wine. He got his last chance in the Czech sci-fi film The Last Move.