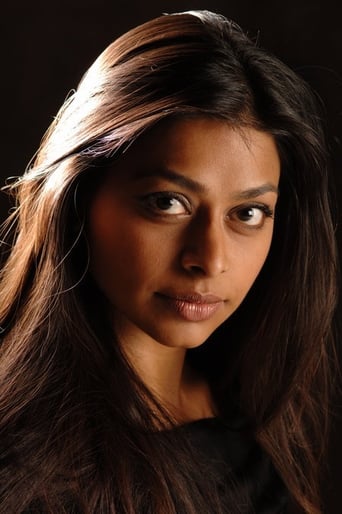 From Wikipedia, the free encyclopedia. Ayesha Dharker (born March 16, 1978 in Mumbai, India) is an Indian actress. She is known for her performance in the Tamil Indian film, The Terrorist (1999), for which she was awarded Best Artistic Contribution by an Actress at the Cairo International Film Festival and nominated for a Chlotrudis Award and National Film Award for Best Actress. She has also appeared in Hollywood films such as Star Wars Episode II: Attack of the Clones and The Mistress of Spices, television series such as Arabian Nights, and the West End and Broadway musical Bombay Dreams. Description above from the Wikipedia article Ayesha Dharker, licensed under CC-BY-SA, full list of contributors on Wikipedia.​