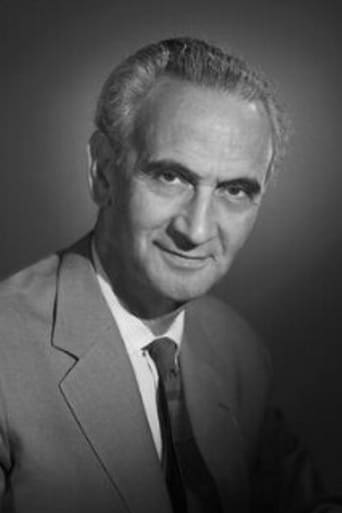 From Wikipedia, the free encyclopedia Carl Jaffe (21 March 1902 – 12 April 1974) was a German actor. Jaffe trained on the stage in his native Hamburg, Kassel and Wiesbaden before moving to Berlin, where his career took off. In 1933 Jaffe changed his stage name to Frank Alwar, but in 1936, with the situation for Jews in Germany rapidly deteriorating, he made the decision to migrate to the United Kingdom. He remained in the UK for the rest of his life and enjoyed a prolific career, appearing in over 50 films and many television productions. Throughout his British career he was almost invariably cast as German or Central European characters, usually in supporting roles, and often with a war, crime or espionage setting. His more notable films include The Lion Has Wings, The Life and Death of Colonel Blimp, Two Thousand Women, Operation Amsterdam and The Roman Spring of Mrs. Stone. Jaffe's television credits included Danger Man, Dad's Army and Oh, Brother!.