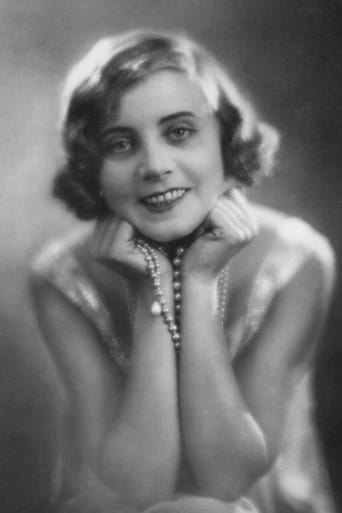 Ossi Oswalda (born Oswalda Amalie Anna Stäglich, 2 February 1897 – 7 March 1947) was a German actress, who mostly appeared in silent films. She was given the nickname 'The German Mary Pickford' due to her popularity at the time. Oswalda trained as a ballerina and became a dancer for a theater in Berlin. She made her film debut in Richard Oswald's Nächte des Grauens (Night of Horrors) before being discovered by the actor and screenwriter Hanns Kräly, who in turn recommended her to director Ernst Lubitsch. During her early career, she starred in several films by Lubitsch, including The Merry Jail, I Don't Want to Be a Man, The Oyster Princess and The Doll. Her popularity at the time earned her the nickname 'The German Mary Pickford'. In 1921, Oswalda started her own film production company with her husband at the time, the Hungarian Baron Gustav Wilhelm Viktor Freiherr von Koczian-Miskolczy (1877–1958). However, during the next four years they only produced four films, all starring Oswalda. From 1925 on, she was contracted to Ufa. The couple divorced in 1925, and Oswalda began a high profile affair with Wilhelm, German Crown Prince. Oswalda's career waned along with the silent film era, and she only acted in two sound films, making her final appearance on screen in the 1933 film The Star of Valencia. She escaped Nazi Germany and emigrated to Prague with her partner Julius Aubenberg in the 1930s. Later on, she became a stage actor, and in 1943, wrote the screenplay for the Czechoslovakian film Čtrnáctý u stolu. By spring 1947, Oswalda went bankrupt and was suffering from multiple health problems. Oswalda died penniless in Prague at the age of 50. She is buried at Olsany Cemetery.